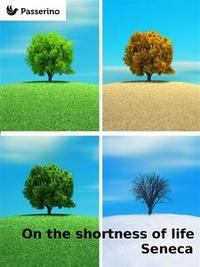 ON THE SHORTNESS OF LIFE

"On the Shortness of Life" is a moral essay written by Seneca the Younger, a Roman Stoic philosopher, to his friend Paulinus. The philosopher brings up many Stoic principles on the nature of time, namely that men waste much of it in meaningless pursuits. According to the essay, nature gives man enough time to do what is really important and the individual must allot it properly. In general, time can be best used in the study of philosophy, according to Seneca.

0 reseñas sobre el libro ON THE SHORTNESS OF LIFE