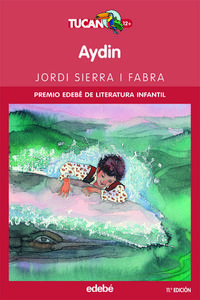 In 1992, a little beluga whale, escapes accidentally from a laboratory in Ukrania. Swimming in a straight line it arrives in Gerze, a Turkish village where it is adopted by the fishermen. The news becomes an international issue. Conservation groups want to buy it and release it, Turkey claims it belongs to them and Ukrania enforces its right of property. Aydin (which means clarity in Turkish) is taken back to Odessa, and then a year later escapes and returns to Gerze with the fishermen. This is a story for children. Rights sold to Brazil and United States of America (Spanish).