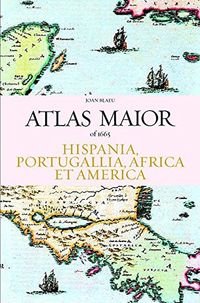 The Atlas Maior, the cartographical masterpiece of the Baroque period, was brought out between 1662 and 1665 by the Amsterdam publisher Joan Blaeu, one of Holland's leading cartographers. Originally appearing in Latin, the atlas comprised 594 maps in 11 volumes, which depicted the whole of the world as known to early modern Europe. It was the largest and most expensive book published during the 17th century. For more than 100 years it remained the definitive atlas of the world, and today is among the most sought-after and valuable antiquarian rarities. This reprinted edition in six volumes is based on the hand-colored, gold-heightened copy in the Österreichische Nationalbibliothek in Vienna, thus ensuring the best possible detail and quality. Alongside Joan Blaeu's original commentaries on the individual maps, a new text by Peter van der Krogt explains the historical and cultural associations and introduces the reader to the fascinating world of early modern cartography.