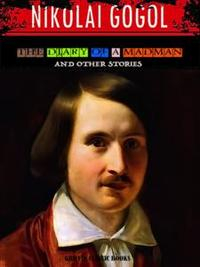 THE DIARY OF A MADMAN AND OTHER STORIES

Sinopsis de THE DIARY OF A MADMAN AND OTHER STORIES

In Nikolai Gogol’s short story Opening a door to his bizarre world of broad comedy, fantasy, and social commentary, the title story portrays a petty official's mental disintegration as he struggles for the attention of the woman he loves. Dead Souls As Gogol's scheming antihero Chichikov combs the back country wheeling and dealing for "dead souls" i.e. deceased serfs who still represent money to anyone sharp enough to trade in them, we are introduced to a Dickensian cast of conniving petty officials, landowners and peasants, few of whom can resist the seductive illogic of Chichikov's ludicrous propositions. The Overcoat Hailed by Nabokov as "the greatest artist that Russia has yet produced," Nikolai Gogol left his mark as a playwright, novelist, and writer of short stories. His works remain popular with readers who prize his originality, imaginative gifts, and sheer exuberance.