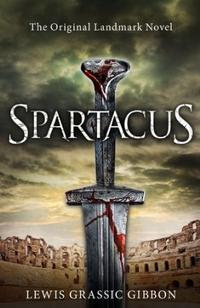 The original landmark story of the gladiator Spartacus, a masterpiece of vivid storytelling full of adventure, suspense, cruelty, and romantic intrigueRome, 73 BC. Kleon, a Greek slave, wakes early, cuts his master's throat, and flees south by a back road, clutching a copy of Plato's "Republic." His destination is Capua, where he hopes to join the burgeoning rebel army of Spartacus, an escaped gladiator. So begins the definitive telling of one of the most famous stories in history. Spartacus and his companions, having defeated every Roman force sent against them, are plundering the countryside and gathering to their ranks thousands of fugitives, brigands, and itinerants. They seek to create a new world, one where men are not owner and owned. But they must first escape Italy, and the vengeful Roman legions already marshalling against them. Brutal and uncompromising in its depiction of the ancient world, "Spartacus" masterfully evokes the violence, hope, and despair of the war that shook Rome to its very foundations.