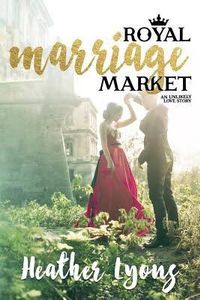 Every decade, the world’s monarchs and their heirs secretly convene to discuss global politics and social issues—and arrange marriages between kingdoms. Elsa may be the Hereditary Princess of Vattenguldia, but she finds the entire situation archaic and unsavory. While she wants what's best for her country, she isn't about to jump into an unwanted relationship—let alone a marriage—with a virtual stranger. Of course, her feelings matter little to her parents, whose wheeling and dealings over trade pacts and alliances achieved at her expense begin the moment they set foot in California for the Summit. So when a blindingly handsome royal runs into her, she doesn't hesitate to tell him there's no way she's marrying him. Christian is all too happy to agree: no marriage. As the Hereditary Grand Duke of Aiboland, his main goal is to get through the summit without a bride being foisted on him. Which is why he suggests they help each other field potential intendeds. As Christian slowly gets to know Elsa, though, he realizes they have a lot more in common than just their feelings about the Royal Marriage Market. Only he can't fall for her, because royal or not, they're not meant for each other. Elsa and Christian will have to evaluate matters of the heart verses those of state and crown, and decide whether or not tradition trumps love.