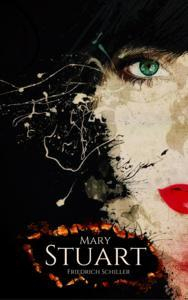 Mary Stuart is imprisoned in England — nominally for the murder of her husband Darnley, but actually due to her claim to the throne of England held by Queen Elizabeth I. While Mary's cousin, Elizabeth, hesitates over signing Mary's death sentence, Mary hopes for a reprieve. After Mary finds out that Mortimer (created by Schiller), the nephew of her custodian, is on her side, she entrusts her life to him. Mortimer is supposed to give Robert Dudley, the Earl of Leicester, a letter from Mary, in which she pleads for help. This is a delicate situation, for Leicester seems to support Queen Elizabeth. After numerous requests, Mary finally gains the opportunity to meet Queen Elizabeth (something that, in reality, never happened). This meeting ends in an acrimonious argument, caused by Mary's unwillingness to submit entirely to Elizabeth's wish. The argument leads to the inevitable suspicion that the cause of reprieve will not succeed.