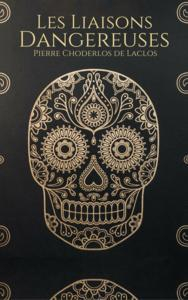 Les Liaisons dangereuses (French pronunciation: ​[le ljɛ.zɔ̃ dɑ̃.ʒə.ʁøz]; Dangerous Liaisons) is a French epistolary novel by Pierre Choderlos de Laclos, first published in four volumes by Durand Neveu from March 23, 1782. It is the story of the Marquise de Merteuil and the Vicomte de Valmont, two rivals (and ex-lovers) who use seduction as a weapon to socially control and exploit others, all the while enjoying their cruel games and boasting about their manipulative talents. It has been claimed to depict the decadence of the French aristocracy shortly before the French Revolution, thereby exposing the perversions of the so-called Ancien Régime. However, it has also been described as an amoral story. As an epistolary novel, the book is composed entirely of letters written by the various characters to each other. In particular, the letters between Valmont and the Marquise drive the plot, with those of their victims and other characters serving as contrasting figures to give the story its depth.