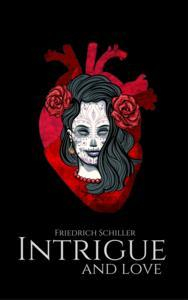 Ferdinand is an army major and son of President von Walter, a high-ranking noble in a German duke's court, while Luise Miller is the daughter of a middle-class musician. The couple fall in love with each other, but both their fathers tell them to end their affair. The president instead wants to expand his own influence by marrying off his son Ferdinand to Lady Milford, the duke's mistress. However, Ferdinand rebels against his father's plan and tries to persuade Luise to elope with him. The president and his secretary Wurm (Ferdinand's rival) concoct an insidious plot, arresting Luise's parents for no reason. Luise declares, in a love letter to the Hofmarschall von Kalb, that only by death can she obtain her parents' release. Luise is also forced to swear an oath to God to state she wrote this letter (actually forced on her) of her own free will. This letter is leaked to Ferdinand and deliberately evokes jealousy and vengeful despair in him.