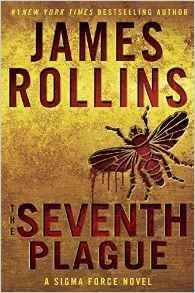 New York Times bestselling author James Rollins combines historical mystery and scientific exploration in this thrilling adventure tale in which Sigma Force must stop an ancient plague from decimating the modern world A British archaeologista member of an expedition gone missing for over two yearsstumbles out of the Egyptian desert. Before he can explain what happened to his team, he dies. But his remains hold a terrifying discovery that only deepens the mystery: something had begun mummifying his body while he was still alive. Summoned by a former ally at the British Museum, Commander Grayson Pierce of Sigma Force must uncover the truth behind the brutal murder and discover the fate of the missing team. The first clues are tied to a shocking historical mystery, one connecting the travels of Mark Twain, the genius of Nikola Tesla, and the journeys of famous explorer, Henry Morgan Stanley. The frantic hunt for the truth will take Sigma Force from an ancient tomb buried under the burning sands of Egypt to a modern engineering complex built atop the frozen fields of the Arctic. As a looming crisis grows, Gray Pierce and his allies must confront a threat born of the ancient past and made real by the latest science, a danger that will unleash a cascading series of plagues around the globe, culminating in a scourge that could kill all of the worlds children and forever end mankinds future.