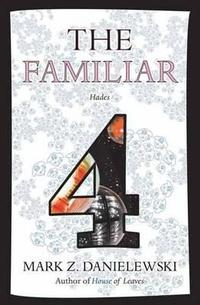 Mark Z. Danielewski's The Familiar, Volume 4 brilliantly combines inventive visuals and a paradigm-shifting narrative to create a stunning multisensory reading experience. When a viral video puts twelve-year-old Xanther under a spotlight of scrutiny at school, her little white cat—still slumbering, still unnamed—offers the only escape, though it comes at a price. Not even Xanther’ parents can deny the strange currents now shuddering around their eldest, touching off inexplicable happenings. Entities troubling the dreams of the twins seem to have singled out Freya. Despite invitations to a gala at The Met, Anwar fears the solution to their financial difficulties might expose more than just his family to dangerous consequences. Something greater is at hand, something terrible is at stake. And all the while, faces unfamiliar to the Ibrahims draw closer and closer: Jingjing, in Singapore, clutching charms, boards a plane for Los Angeles; Cas and Bobby, with visions of Xanther in Mefisto’s Orb, must elude attacks from the sky. Strangers collide . . . though will those intersections lead to alliances or war? And does the dance at the center of Volume 4 augur the liberation of our better angels or the release of a creature set to feast on the wings of hope?