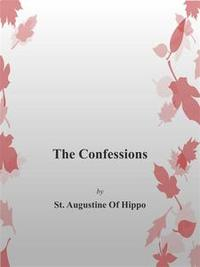 Confessions (Latin: Confessiones) is the name of an autobiographical work, consisting of 13 books, by St. Augustine of Hippo, written in Latin between 397 and 400 AD.[1] Modern English translations of it are sometimes published under the title The Confessions of St. Augustine in order to distinguish the book from other books with similar titles. Its original title was "Confessions in Thirteen Books," and it was composed to be read out loud with each book being a complete unit (font: Wikipedia)