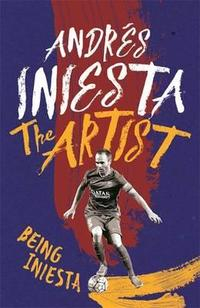 Andres Iniesta was twelve years old when scouts invited him into Barcelona's famous La Masia academy. Shortly after he joined the club, Barca legend Pep Guardiola remarked of him, 'This lad is going to retire us all.' After making his first-team debut at 18, Iniesta became a permanent fixture in the Barcelona midfield, propelling the club to a raft of titles - including an unparalleled six-trophy season in 2009. Along with his Barca teammate Xavi, he has also run the Spain midfield, the pinnacle of his international career coming when he scored the winner against Holland in the 2010 World Cup Final. As intelligent off the field as he is on it, Iniesta will offer a uniquely insightful and analytical view of the game he loves so much, from tactics and technique to managerial styles and coaching approaches, and will reveal the inside story of how Barcelona became the most successful and romantic club on the planet.

MI DIETA YA NO COJEA