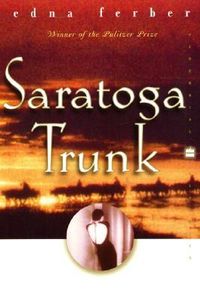 The basis for the classic film starring Gary Cooper and Ingrid Bergman, Saratoga Trunk unfolds the story of Clio Dulaine, an ambitious Creole beauty who more than meets her match in Clint Maroon, a handsome Texan with a head for business -- and an eye for beautiful young women. Together they do battle with Southern gentry and Eastern society, but in their obsession to acquire all they've ever wanted, they fail to realize they already have all they'll ever need -- each other.