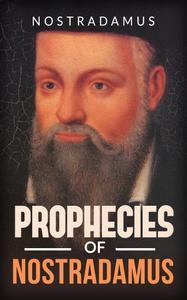 The renowned prophet Nostradamus (Michel de Nostradame) was born on December 14, 1503 in St. Remy, Provence, France. Nostradamus came from a long line of Jewish doctors and scholars. His family had converted from Judaism to Christianity in 1502, as a result of persecution on the ascension of Louis the XII. After a classical education he studied medicine, herbalism and astrology. During Nostradamus' lifetime the Black Death (today known as the bubonic plague) wiped out over a quarter of Europe. It is no wonder that a sense of apocalyptic terror fills Nostradamus' quatrains.