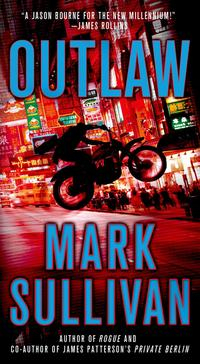 In Outlaw, the U.S. Secretary of State and the foreign ministers of China and India have been kidnapped. The "Sons of Prophecy" take responsibility and issue an ultimatum: If their demands are not met in seven days, the three will be beheaded live on the Internet. With the presidential election in only eight days, The President has few optionshe cant meet their demands and he cant let them be executed. In desperation, he calls upon former CIA operative and master thief Robin Monarch.