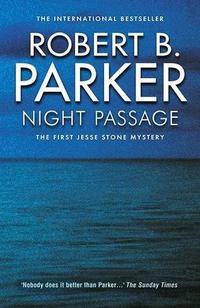 After a busted marriage kicks his drinking problems into overdrive and the LAPD unceremoniously dump him, 35-year-old Jesse Stone's future looks bleak. He is shocked, however, when a small Massachusetts town called Paradise hires him as their police chief. Once on board he doesn't have to look for trouble in Paradise - it comes to him. For what is on the surface a quiet New England community quickly proves to be a crucible of political and moral corruption - replete with triple homicide, tight Boston mob ties, flamboyantly errant spouses, maddened militiamen and a psychopath-about-town who has fixed his violent sights on the new lawman. He finds he must test his mettle and powers of command to emerge a local hero - or the deadest of dupes.