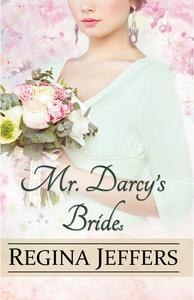 I much prefer the sharpest criticism of a single intelligent man to the thoughtless approval of the masses. ELIZABETH BENNET is determined that she will put a stop to her mother’s plans to marry off the eldest Bennet daughter to Mr. Collins, the Longbourn heir, but a man that Mr. Bennet considers an annoying dimwit. Hence, Elizabeth disguises herself as Jane and repeats her vows to the supercilious rector as if she is her sister, thereby voiding the nuptials and saving Jane from a life of drudgery. Yet, even the “best laid plans” can often go awry. FITZWILLIAM DARCY is desperate to find a woman who will assist him in leading his sister back to Society after Georgiana’s failed elopement with Darcy’s old enemy George Wickham. He is so desperate that he agrees to Lady Catherine De Bourgh’s suggestion that Darcy marry her ladyship’s “sickly” daughter Anne. Unfortunately, as he waits for his bride to join him at the altar, he realizes he has made a terrible error in judgement, but there is no means to right the wrong without ruining his cousin’s reputation. Yet, even as he weighs his options, the touch of “Anne’s” hand upon his sends an unusual “zing” of awareness shooting up Darcy’s arm. It is only when he realizes the “zing” has arrived at the hand of a stranger, who has disrupted his nuptials, that he breathes both a sigh of relief and a groan of frustration, for the question remains: Is Darcy’s marriage to the woman legal? What if Fitzwilliam Darcy and Elizabeth Bennet met under different circumstances than those we know from Jane Austen’s classic tale: Circumstances that did not include the voices of vanity and pride and prejudice and doubt that we find in the original story? Their road to happily ever after may not, even then, be an easy one, but with the expectations of others removed from their relationship, can they learn to trust each other long enough to carve out a path to true happiness?