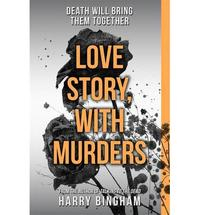 Late October, Cardiff. A human leg is discovered in a woman's freezer. The hunt for the rest of the corpse soon turns up body parts in kitchens, garages and potting sheds. The police conclude that the victim was a teenage girl killed some ten years earlier. But then other body parts start appearing, this time discarded carelessly, shortly after the victim - a man - was killed. Investigating the double crime draws DC Fiona Griffiths into a web of obsession, money, deceit - and acute personal danger. Which is exactly where she likes to be: in the middle of a gruesome puzzle with a pitch-black secret at its heart.