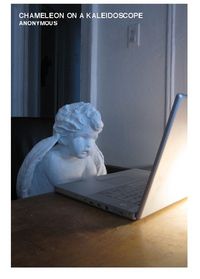 CHAMELEON ON A KALEIDOSCOPE

Sinopsis de CHAMELEON ON A KALEIDOSCOPE

Welcome to the age of Anti-Social Media. Exchanging alcoholism for sex-addiction the controversial writer of underground cult classic DIARY OF AN OXYGEN THIEF retools his advertising skills to seduce women online. It's a pursuit that quickly becomes an obsession often requiring even more creativity than his award-winning ad campaigns, but don't worry there are plenty of breaks. For commercials. Dazzling, daunting and darkly hilarious CHAMELEON ON A KALEIDOSCOPE is a spectacular indictment of modern media and our increasing reliance on it.