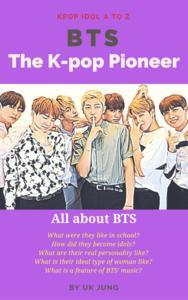 There are so many k-pop boy groups, while the groups are too numerous to mention one by one. However, some of them just disappear after debut, and only a very small minority of k-pop boy groups can become popular. By the way, there is a boy group who has been on the steady rise since its debut and is now considered as one of the most popular k-pop idol groups. Yeah, it’s BTS. As BTS is enjoying a huge popularity at home and abroad, many people in the k-pop world are now saying "The boy group is the future of k-pop." Actually, BTS' success is considered as being very special by people in the k-pop industry. Because BTS is in Big Hit entertainment, which is not as big k-pop agency as SM, YG, or JYP. Achieving success as an idol group of small and medium agency in the k-pop word is much harder than you could ever have imagined, and that’s why BTS deserves to be called “The k-pop pioneer”. Then, what do you think is the reason for BTS’ great success? First, the main reason for BTS' success is that the boy group differentiated itself from other boy groups by doing "real hip hop" music. The group writes its own music and sings about teenager's life, arousing empathy from young k-pop fans. Second, some of BTS fans may disagree, but the members have ordinary looks unlike other pretty k-pop idols. They’re not traditionally good-looking, and frankly speaking, I thought they are too ugly to be idols when I saw BTS for the first time. However, because of this, they could become the hottest idol group. I mean, fans could feel more comfortable and familiar with the members because they do not look like cartoon characters. Third, BTS is an idol group, but its members, Rap Monster and Suga have released their mixtapes just like underground rappers do. By doing so, they stressed the fact that they’re different from other puppet like idols. Especially, Rap Monster, who has polished his rap skills in the Korean underground hip hop scene before debut is getting the spotlight in the k-pop industry by showing off his outstanding rapping ability. He’s been active not only as an idol but also as a rapper, and he was also featured as a rapper in the album of MFBTY, comprised of Tiger JK, Yoon Mirae, and Bizzy who are considered as heavyweights in the Korean hip hop scene. BTS certainly succeeded in fascinating k-pop fans and it’s mainly because of the group’s image as a skilled hip hop idol. Oh, it's not just an image. The BTS members have sufficient performing skills and always prove it on the stage. Unlike other puppet like k-pop idol groups, they enjoy the stage and show high quality live performance. Have you been to BTS’ concert? It’s really gorgeous. So, are you a big fan of BTS? Do you want to know all the stories about BTS members? < BTS: The k-pop pioneer> contains all the things about BTS. The author, who has been working as a k-pop journalist since 2010 gives you answers to all the questions about BTS such as “What are their real personality like?”, “What were they like in school?” and “How did they become k-pop idols?”. The book also includes various stories behind BTS members. So, welcome to the real world of k-pop. Enjoy your time!