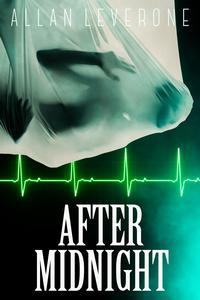 Six months ago, Caitlyn Connelly's search for her family brought her face to face with Milo Cain, the monster known as "Mr. Midnight," a depraved killer wandering the streets of Boston. Her brother. Though disfigured in a brutal attack, Cait managed to defend herself and in so doing put Milo in a prison hospital bed, where he now lies comatose and paralyzed, alone and forgotten. But not helpless. Unbeknownst to doctors, prison officials or anyone else, Milo Cain is actually awake and aware, and the brain injury suffered at the hands of his twin sister has altered him. He is now more deadly and his hunting grounds have expanded. Now, armed with shocking abilities and the perfect alibi, Mr. Midnight is back, and determined to even the score with the one person he hates more than anyone else in the world. His sister. Caitlyn thought the worst was over. It has only just begun. ********** Praise for the MR. MIDNIGHT series: "Leverone has penned one of the most chilling villains in modern fiction with 'Mr. Midnight.' Unforgiving, intelligent, and ingenious, this monster is what nightmares are made of." "Mr. Midnight is what a horror novel should be…a tightly-knit tale that keeps the reader turning the page as quickly as possible" Praise for Allan Leverone: "...it will keep you up, and on the edge of your chair, long into the night." "...a sure-footed, masterful thriller with a breakneck pace that never lets up...I loved this book!" "Suspenseful and well-written..." "Written with edge-of-your-seat suspense and precise detail...The successor to Michael Crichton has landed. And his name is Allan Leverone." "Allan Leverone raises the stakes with every turn of the page..." "...a high-suspense thrill ride..." "...a must have for anyone looking for a great page turner with mystery and mayhem." - "...a spectacular thrill ride...with lots of action, danger, hold-your-breath suspense...this is definitely one you don't want to miss out on!" "...sexy, sophisticated...with all the intensity of THE LONELY MILE" "...a rocking read from start to finish!" "Allan Leverone delivers a taut crime drama full of twists and conspiracy..." "A scorching supernatural thriller - Allan Leverone...is a writer on the rise..." "A tense, tightly-plotted thriller that will keep you turning pages into the night." ********** Allan Leverone is the