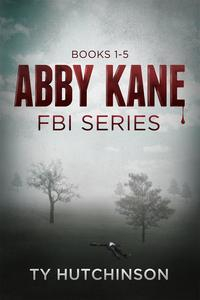 ABBY KANE FBI THRILLERS (Books 1-5) She’s short. She’s feisty. She’s sexy. She’s Mom. Meet FBI Agent, Abby Kane. Corktown A mutilated body has Corktown residents nervous and for good reason. Detroit Metro Police recognize the handiwork of the serial killer known as the Doctor. But there’s a problem with that. They locked him up seven years ago. When FBI Agent Abby Kane visits the Doctor behind bars, he swears he’s innocent and not the psychopath everyone thinks he is. Oddly enough, Abby believes him. Tenderloin With white-collar crimes dominating her work schedule, chasing deranged killers is a thing of the past, until the body of a dead DEA agent pops up in Bogotá. Through her investigation, FBI Agent Abby Kane learns that a new drug has been invented, and its danger isn’t the addictive high but the terrifying side effects. She believes the cartels are behind the drug, but the locals think it’s one man. They call him the Monster. Russian Hill (CC Trilogy #1) In the first book of the Chasing Chinatown Trilogy, a killer is loose in San Francisco, and he’s collecting body parts. FBI Agent Abby Kane believes a dead hiker found ten miles north of the city is the key to solving those crimes. But the more she digs, the more she begins to think the killer is playing an elaborate game and there’s an audience cheering him on. Lumpini Park (CC Trilogy #2) Winning means killing. In the second book of the Chasing Chinatown Trilogy, FBI agent Abby Kane hunts the man behind the sadistic challenges the only way she knows how: by playing the game and moving up the bloody leaderboard herself. Coit Tower (CC Trilogy #3) It’s payday in San Francisco, and death is the contract. The hunt continues in the third installment of the Chasing Chinatown Trilogy. FBI Agent Abby Kane is the sole Attraction in a bloody game designed for one reason: to take lives. Deliver her head and collect the $10 million bounty. A lot of people like to read my books in the order that I write them. Here you go. Sei Assassin Thrillers Contract: Snatch Contract: Sicko Abby Kane FBI Thrillers Corktown Tenderloin Russian Hill (Chasing Chinatown #1) Lumpini Park (Chasing Chinatown #2) Coit Tower (Chasing Chinatown #3) Kowloon Bay Darby Stansfield Thrillers Chop Suey Stroganov Loco Moco