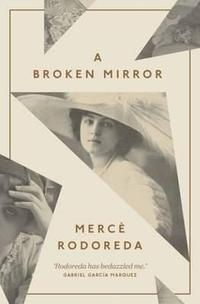 In its moment of great splendor the novel was held as a mirror of society: Mercè Rodoreda shatters that mirror in this, her most ambitious novel, which tells its story in brilliant fragments, a vision reflected and refracted and finally coming together in a richly articulated mosaic of life. Through this Broken Mirror, the reader sees events and characters spanning three generations and composing a kaleidoscopic family history ranging over six decades and turning upon events both intimate and historic-most notably the Spanish Civil War. Opening with Teresa Goday, the lovely young fishmonger's daughter married to a wealthy old man, the story shifts from one perspective to another, reflecting from myriad angles the founding of a matriarchal dynasty-and its eventual, seemingly inevitable disintegration. A family saga extending from the prosperous Barcelona of the 1870s to the advent of the Franco dictatorship, A Broken Mirror is finally also a novel about the inexorable passing of time. Mercè Rodoreda (1908-1983) has emerged as perhaps the most important fiction writer of the twentieth century in Catalan literature and is one of the most interesting writers of the contemporary Spanish literary world. She is primarily known in this country for her novel The Time of the Doves, published in English translation. Josep Miquel Sobrer is a professor in the Department of Spanish and Portuguese at Indiana University. The editor of Catalan Review, he has also edited and translated an anthology of Catalan texts, Catalonia: A Self-Portrait.