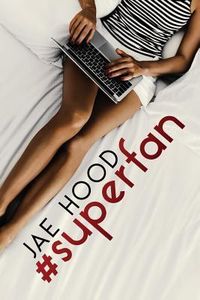 Alexa Hannah enjoys three things in life: wearing pajamas, designing book covers, and drooling over her favorite actor, Ayden Vaughn. An introvert by nature, Alex is relieved when her blind date doesn't show, but her plans to enjoy the buffet solo are disrupted when a gorgeous, irritating man invites himself not only to her table, but into her life. She can't seem to get away from the mysterious man she's nicknamed "Eight" for his place on the hotness scale. Over time, and despite Eight's resistance to tell her what he does for a living, Alex realizes she's not only physically attracted to Eight, but she's also falling in like with him. Alex will stop at nothing to find out more about him, including snooping inside his apartment and pulling fire alarms to flush out his hidden guest. She soon discovers that some secrets aren't meant for her to unravel.