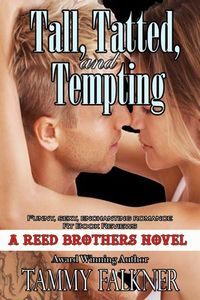 KitLogan wants to know my name, but I can't tell him. I can't tell him anything. There are too many people looking for me. He's pretty persuasive, though, and he convinces me to go home with him so he can keep me safe from this harsh city where I find myself. It's not my home. It's his. He belongs. I don't.Logan lives with four brothers in the inner city. Yet I've never felt more safe than I do when I'm with him. I want him. But he won't let me have a darn thing, aside from his friendship, unless I'm willing to tell him my secrets. But they're mine, and I can't share them. Not unless I want them to come and get me.LoganShe catches my eye because she's so beautiful she takes my breath. But that's not all that I love about her. I love the way she smells. The way she smiles. The way she plays the guitar is unlike anything I have ever seen. She sleeps in my bed every night, and drives me crazy with her touch. But I can't take what she offers because I need all of her. I need for her to tell me her secrets. I need for her to trust me.From the back of the book:She’s locked up tight. But he might be the key.Logan Reed is tall, tatted and tempting. Kit’s a woman with a mean right hook and a secret.Kit wants a tattoo, but Logan sees more than she intends to share in the drawing of the tat she wants. He sees her in ways no one ever has.Logan’s not disabled; but he hasn’t spoken in eight years. He hasn’t needed to. Until he meets Kit.Logan doesn’t know everything about Kit. Kit doesn’t know anything about herself, until she has to sacrifice all she ever wanted to save what’s most important to him.