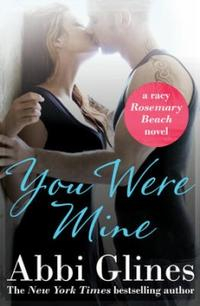 Sinopsis de YOU WERE MINE

In the eyes of the wealthy playboys who frequent Kerrington Country Club in Rosemary Beach, Tripp Newark is a hero. Under pressure from his parents to become a lawyer and lead a conservative, upper-class life, Tripp disappeared from town five years ago to travel the world, forfeiting the opportunity to inherit millions. Yet few know what he was really running from...Bethy Lowry's life was unravelling long before her boyfriend drowned in a riptide trying to save her after she'd had one too many drinks - again. A trailer park kid working among the wealthy patrons of Kerrington Country Club, Bethy has always been impressionable. But five years ago, before she earned her reputation as a hard-drinking, easy girl, she had spent a single summer with Tripp Newark that changed her life forever..."Packed with impossibly hot men, heart-racing chemistry and sizzling sex, it's bound to satisfy." Reveal.co.uk

0 reseñas sobre el libro YOU WERE MINE