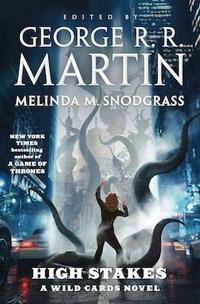 After the concluding events of Lowball, Officer Francis Black of Fort Freak, vigilante joker Marcus The Infamous Black Tongue Morgan, and ace thief Mollie Tesseract Steunenberg get stuck in Talas, Kazahkstan. There, the coldblooded Baba Yaga forces jokers into an illegal fighting ring, but her hidden agenda is much darker: her fighters deaths serve to placate a vicious monster from another dimension. When the last line of defense against this world weakens, all hell breaks loose, literally. The Committee in New York sends a team of aces to investigate. One by one, each falls victim to evil forcesincluding the dark impulses within themselves. Only the perseverance of the most unlikely of heroes has a chance of saving the world before utter chaos erupts on Earth.