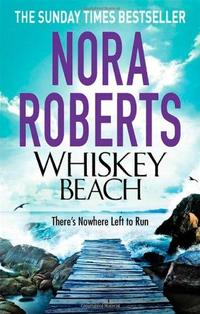 A tense and gripping new suspense novel from the world's greatest storyteller Eli Landon seems to have the perfect life. A beautiful wife, a wonderful house, a dazzling legal career. But when his wife is brutally murdered after confessing to an affair, Eli is named prime suspect. After a year-long ordeal the case is dropped for lack of evidence, but Eli's world is in tatters. Abandoned by his friends, hounded by the media and a detective with a grudge, Eli retreats to the small-town sanctuary of Whiskey Beach. Camping out in his grandmother's atmospheric house by the sea he meets Abra Walsh - compassionate, courageous and hiding secrets of her own. But as Abra and Eli take their first tentative steps towards each other, a deadly enemy is watching them from the shadows. An enemy determined to make sure Eli Landon will never have that 'perfect life' - whatever the cost . . .