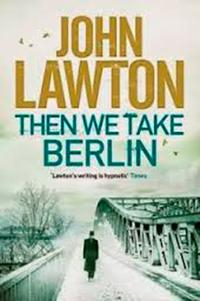 THEN WE TAKE BERLIN

Sinopsis de THEN WE TAKE BERLIN

"John Holderness, known to the women in his life as 'Wilderness', comes of age during World War II in Stepney, East London, breaking in to houses with his grandfather. After the war, Wilderness is recruited as MI5's resident 'cat burglar' and finds himself in Berlin, involved with schemes in the booming black market that put both him and his relationships in danger. In 1963 it is a most unusual and lucrative request that persuades Wilderness to return - to smuggle someone under the Berlin Wall and out of East Germany. But this final scheme may prove to be one challenge too far...Then We Take Berlin is a gripping, meticulously researched and richly detailed historical thriller - a moving story of espionage and war, and people caught up in the most tumultuous events of the twentieth century."