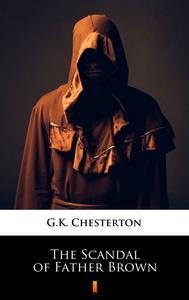 THE SCANDAL OF FATHER BROWN

Chesterton again allows us to accompany Father Brown, preternaturally-unbiased master of human nature, as he stumbles across another series of murders and mysteries. These stories in this series are not as compact as those in other books, notably „The Innocence of Father Brown,” but they have the same magnetic power to draw the reader in. As ever, Chesterton is interested not only in delivering first rate detective stories, but of describing human nature. His characters are flawed and biased, all blind in their own way, which is what makes it so difficult to see the truth that lies before them. Father Brown, ever kind and imperturbable, nearly always sees right through to the heart of the matter. Posing as a humble parish priest, which he is, he somehow sees beyond the class boundaries which it is Chesterton’s special gift to point out and puncture.