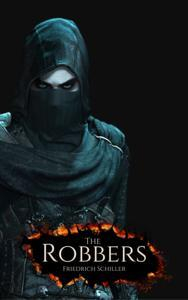 The Robbers (Die Räuber) is the first drama by German playwright Friedrich Schiller. The play was published in 1781 and premiered on 13 January 1782 in Mannheim, Germany, and was inspired by Leisewitz' earlier play Julius of Tarent. It was written towards the end of the German Sturm und Drang ("Storm and Stress") movement, and many critics, such as Peter Brooks, consider it very influential in the development of European melodrama. The play astounded its Mannheim audience and made Schiller an overnight sensation. It later became the basis for Verdi's opera of the same name, I masnadieri.