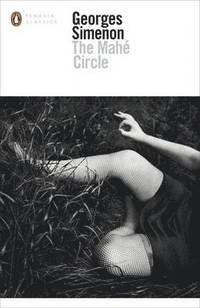 The first English publication of Georges Simenon's compelling novel about summer escape and elusive obsessions. 'The island itself. Its throbbing heat as if in a belljar under the sun, the scorpion in his son's bed, the deafening sound of cicadas.' During his first holiday on the island of Porquerolles Dr Mahe caught a glimpse of something irresistible. As the memory continues to haunt him, he falls prey to a delusion that may offer an escape from his conventional existence - or may destroy him. This is the first English translation of The Mahe Circle, Simenon's dark, malevolent depiction of an ordinary man trapped in mundanity and consumed by obsession. "Compelling, remorseless, brilliant". (John Gray). "One of the greatest writers of the twentieth century...Simenon was unequalled at making us look inside, though the ability was masked by his brilliance at absorbing us obsessively in his stories". (Guardian). "A supreme writer ...unforgettable vividness". (Independent). Georges Simenon was born in Liege, Belgium, in 1903. Best known in Britain as the author of the Maigret books, his prolific output of over 400 novels and short stories have made him a household name in continental Europe. He died in 1989 in Lausanne, Switzerland, where he had lived for the latter part of his life.