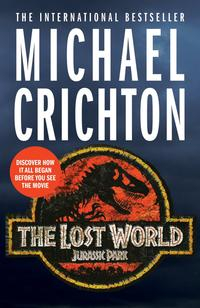 Before seeing Jurassic World this June, read the sequel to the multimillion copy No. 1 bestselling thriller that inspired the first major motion picture Jurassic Park. It is now six years since the secret disaster at Jurassic Park, six years since the extraordinary dream of science and imagination came to a crashing end - the dinosaurs destroyed, the park dismantled, the island indefinitely closed to the public. But there are rumours that something survived. And when a team go to investigate, they are determined not to give it a chance to escape. Michael Cricton takes the terrifying events of Jurassic Park even further in this unstoppably readable adventure sequel, told by a master storyteller.