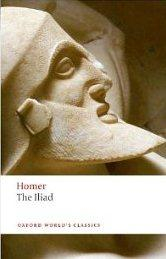 'Fitzgerald has solved virtually every problem that has plagued translators of Homer.' Atlantic Monthly The Iliad is the story of a few days' fighting in the tenth year of the legendary war between the Greeks and the Trojans, which broke out when Paris, son of King Priam of Troy, abducted the fabulously beautiful Helen, wife of King Menelaus of Sparta. After a quarrel between the Greek commander, Agamemnon, and the greatest of the Greek warriors, Achilles, the gods become more closely involved in the action. Their intervention leads to the tragic death of Hector, the Trojan leader, and to the final defeat of the Trojans. But the Iliad is much more than a series of battle scenes. It is a work of extraordinary pathos and profundity that concerns itself with issues as fundamental as the meaning of life and death. Even the heroic ethic itself - with its emphasis on pride, honour, prowess in battle, and submission to the inexorable will of the gods - is not left unquestioned. ABOUT THE SERIES: For over 100 years Oxford World's Classics has made available the widest range of literature from around the globe. Each affordable volume reflects Oxford's commitment to scholarship, providing the most accurate text plus a wealth of other valuable features, including expert introductions by leading authorities, helpful notes to clarify the text, up-to-date bibliographies for further study, and much more.