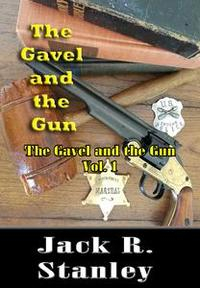 THE GAVEL AND THE GUN

The most lawless land in the American West was the 70,000 square miles of frontier Western Arkansas and the Indian Territory of the Five Civilized Tribes; what later would become Oklahoma. Rape, robbery, murder, horse theft, gun and whiskey running were the everyday crimes that often went unpunished.  It took both the gavel and the gun --- and hangman’s knot to tame this land. The Territory was a magnet to outlaws and spoilers of every brand.  Law, order, and justice didn’t come until almost ten years after the Civil War.  Law and order finally came in the form of “the Hanging Judge,” Isaac Parker, a new U.S. Marshal, Mace Truax, and aChoctaw Indian Territorial Policeman named John Browneagle.

0 reseñas sobre el libro THE GAVEL AND THE GUN