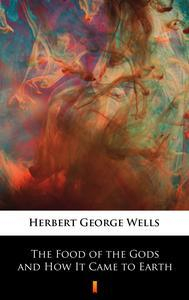 THE FOOD OF THE GODS AND HOW IT CAME TO EARTH

What happens when science tampers with nature? Mr. Bensington and Mr. Redwood create a new food material, Herakleophorbia, later called Boomfood, they hope will have beneficial uses to mankind. They come up with a substance that causes flora, fauna, and people to become giants. At first, there are giant nettles, mushrooms – but then it ramps up, with giant rats that can take down and eat horses and wasps so large one could hear them half a mile off. In the end it becomes a tragedy: several hundred children around the world had been given this „food of the gods” and grow to a height of around forty feet. The first giant babies are revealed and for the first time humanity has to contend with the existence of a new race of giant people. How humanity deals with this shocking new creation is revealed in „The Food of the Gods and How it Came to Earth”.