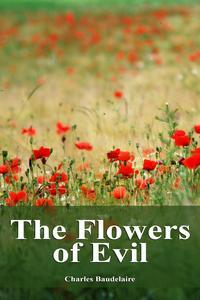 THE FLOWERS OF EVIL

Charles Baudelaire published this collection of poems in 1857, and it covers most of his poetic production. It is considered a complete book from beginning to end rather than a collection of poems, as it is divided into seven well-structured parts with their beginning and end. The original title that the author thought of giving to the work was "Lesbians" or "The Limbs", dealing with the deadly sins, but a friend of his recommended to change the title as it would be considered immoral at the time. Even so, on August 20, 1857, just a few months after publication, the author was accused of outrage at public morals. On a personal note, it was with one of the books that I began to read poetry, since it was not a genre that at first attracted my attention, and I admit that the tone that Baudelaire uses in his poems delighted me. I suppose that it had to do with the fact that I was in a very subversive moment of my life and I felt identified with many poems.