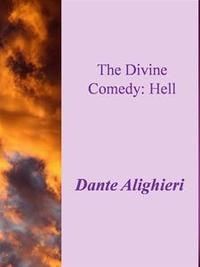 This book: "Hell" is the first part of Dante's epic poem entitled "the Divine Comedy". Is followed by Purgatorio and Paradiso. Is an allegory of life that recounts the journey of Dante, as man, through hell. Dante in his path is guided by the Roman poet Virgil. This poem is depicted by the presence of nine circles of suffering and it is inside the Earth. Allegorically, the Divine Comedy represents the journey of the soul towards God, hell that describes the recognition and rejection of sin. The poem begins on Holy Thursday the year 1300. Dante is thirty-five years "halfway along our life's path" (Nel mezzo del cammin di nostra vita). The poet finds himself lost in a dark forest, in front of a mountain, assaulted by three beasts (a lion, a loin and a she-Wolf) he cannot escape. Cannot find the "straight path" towards salvation, God's grace. Dante is finally saved by the Roman poet Virgil, who claims to have been sent by Beatrice; the two begin their journey to the underworld. Every Sin punishment in hell is a contrapasso, a symbolic instance of poetic justice; for example, fortune tellers have to walk forward with their heads on backwards, unable to see what's ahead, because they tried to see the future through prohibited means. The law of retaliation works not only as a form of divine vengeance, but rather as the fulfillment of a destiny freely chosen by each soul throughout his life. Dante passes through the gate of hell, which bears an inscription that ends with the famous phrase "Lasciate ogne speranza, voi ch'intrate".