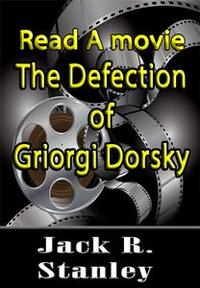 THE DEFECTION OF GRIGORI DORSKY

Russell Craven isn’t the professional photographer specializing in creating the covers for science fiction  novels he seems.  He’s a former Soviet agent in the Federal Witness Protection Program.  His former KGV mentor, Grigori Dorsky died a few years ago.  Then one day Russell hears a TV interview about past life regression with a researching college professor.  As a part of the program, the professor tells about a six-year-old child who not only speaks Russian under hypnosis, but she also claims to be a person, now dead, named Grigori Dorsky. Craven realizes that the U.S. intelligence agency he “works for” is behind the kidnapping of the child and the murder of her mother.  He locates the child’s aunt, Erin Hutton, a young woman still recovering from death of her sister and the abduction of her niece.  Craven convinces Erin that it might just be possible to find and recover the child. Together they go after the child, Russell for his own reasons, and Erin for an unexpected motive.