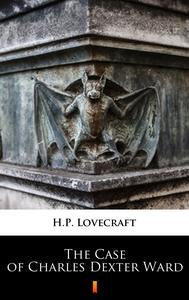 THE CASE OF CHARLES DEXTER WARD

Despite being a horror story about necromancers, mutated creatures and summoning rituals, The Case of Dexter Ward is at its heart a cautionary tale about knowledge. As the story progresses, the full extent of Charles Dexter Ward’s madness is slowly revealed until the evil of the past seems ready to burst into the present with horrific consequences. Charles Dexter Ward is the scion of a well established Providence family who begins investigating esoteric matters and discovers that an ancestor, Joseph Curwen, was killed by a terrified town when they discovered his unhallowed necromantic studies. Here Lovecraft used all his talent to freak all his readers with a diabolic scheme filled with a frightful environment full of madness! The main character has discovered through Joseph Curwen’s manuscripts (An ancient resident involved with macabre subjects) some obscurities of the underworld. The more he gets involved with those things, the more he changes in a queer and sinister way. All the facts about the terrible deeds of Mr. Curwen and Charles’s insane behavior are described step by step by a third person (Charles’s doctor, Mr. Willett).