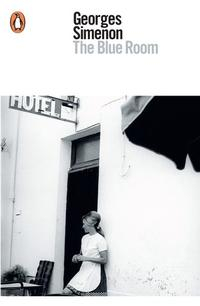 A new translation of Simenon's gripping novel about lives transformed by deceit and the destructive power of lustHe felt no resentment towards Andree for biting his lip. In the context of their lovemaking, it had its placeFor Tony and Andr+«e, there are no rules when they meet in the blue room at the H+ªtel des Voyageurs. Their adulterous affair is intoxicating, passionate - and dangerous. Soon it turns into a nightmare from which there can be no escape. Simenon's stylish and sensual psychological thriller weaves a story of cruelty, reckless lust and relentless guilt. 'A double crime, a dark provincial scandal, and a dreadful sort of triumph . . . presented with shattering power' San Francisco Chronicle'The romans durs are extraordinary: tough, bleak, offhandedly violent, suffused with guilt and bitterness, redolent of place . . . utterly unsentimental, frightening in the pitilessness of their gaze, yet wonderfully entertaining' John Banville'One of the greatest writers of the twentieth century . . . Simenon was unequaled at making us look inside, though the ability was masked by his brilliance at absorbing us obsessively in his stories' Guardian'A supreme writer . . . unforgettable vividness' IndependentGeorges Simenon was born in Li+┐ge, Belgium, in 1903. Best known in Britain as the author of the Maigret books, his prolific output of over 400 novels and short stories have made him a household name in continental Europe. He died in 1989 in Lausanne, Switzerland, where he had lived for the latter part of his life.