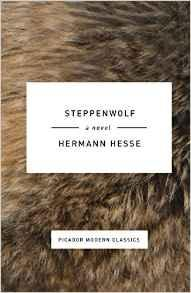 With its blend of Eastern mysticism and Western culture, Hesse's best-known and most autobiographical work is one of literature's most poetic evocations of the soul's journey to liberation. Harry Haller is a sad and lonely figure, a reclusive intellectual for whom life holds no joy. He struggles to reconcile the wild primeval wolf and the rational man within himself without surrendering to the bourgeois values he despises. His life changes dramatically when he meets a woman who is his opposite, the carefree and elusive Hermine. The tale of the Steppenwolf culminates in the surreal Magic Theater-For Madmen Only! Originally published in English in 1929, Steppenwolf's wisdom continues to speak to our souls and marks it as a classic of modern literature. For more than twenty years, Picador has been producing beautifully packaged literary fiction and nonfiction books from Manhattan's Flatiron Building. Our Twentieth Anniversary Modern Classics line pairs iconic books - The Virgin Suicides by Jeffrey Eugenides, Steppenwolf by Herman Hesse, Jesus' Son by Denis Johnson, and Housekeeping by Marilynne Robinson - with a design that's both small enough to fit in your pocket and unique enough to stand out on your bookshelf.