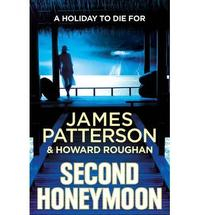 FBI agent John O'Hara receives a call from a man desperate for his help. His son and daughter-in-law have been found murdered on their honeymoon in the Caribbean. The grieving father wants justice, and will pay O'Hara handsomely to hunt down the killer. Federal agents aren't allowed to moonlight, but O'Hara is on suspension and battling some serious demons. He takes on the case, but as O'Hara delves deeper, a past he thought was dead and buried soon comes back to haunt him.