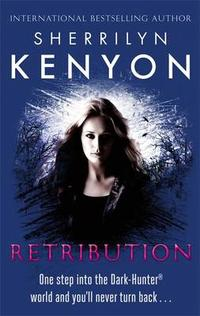 Hired gunslinger William Jessup Brady lived his life with one foot in the grave - until the day he finally found a reason to live. In one single act of brutal betrayal, he lost everything, including his life. Brought back by a Greek goddess to be one of her Dark-Hunters, he gave his immortal soul for vengeance and swore he'd spend eternity protecting the humans he'd once considered prey. Orphaned as a toddler, Abigail Yager was taken in by a family of vampires and raised with one belief: Dark-Hunters are the evil who prey on both their people and mankind, and they must all be destroyed. Brought together by an angry god and chased by ancient enemies out to kill them both, William and Abigail must find a way to overcome their mutual hatred or watch as one of the darkest of powers rises and kills both the races they've sworn to protect.