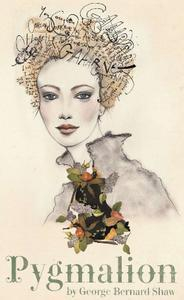 Pygmalion is a play by George Bernard Shaw, named after a Greek mythological figure. It was first presented on stage to the public in 1913. Professor of phonetics Henry Higgins makes a bet that he can train a bedraggled Cockney flower girl, Eliza Doolittle, to pass for a duchess at an ambassador's garden party by teaching her to assume a veneer of gentility, the most important element of which, he believes, is impeccable speech. The play is a sharp lampoon of the rigid British class system of the day and a commentary on women's independence.