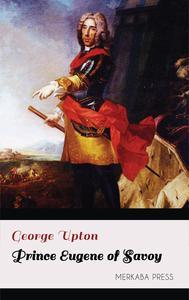 The story of the brilliant career of Eugene, generally known as Prince Eugene of Savoy, has its special lesson for youth. He was intended for the Church, but was ambitious for a military career. Louis the Fourteenth had marked out for him the profession of an abbe; but monarchs, even the most powerful, do not always dispose. When "the little Capuchin," as he was contemptuously called, applied to that sovereign for a commission in the French army and was refused it, he shook the French dust from his feet and went to Austria, resolved that France some day should suffer for that refusal. The story shows how his resolution was carried out. The Austrian Emperor gladly welcomed him. He rose from a subordinate position in the army to become one of the greatest generals of his time. All Europe felt the strength of the "little Capuchin's" arm. He was a born soldier and     war was the passion of his life. His career seems almost like an inspiration. He won battles, often against largely superior forces, by the rapidity and dash of his attacks, by a personal courage which never wavered, and by a magnetic influence which inspired the admiration of his own soldiers and fear among his enemies. He was in the field more than fifty years. The ten peaceful years of his life were devoted to literature and the arts; but the battle-field was the scene of his life's success. The story which his life has for youth is the result which may be accomplished, not merely on battle-fields, but in every department of action, by determined purpose, resolute will, and tireless industry. The "little Capuchin" spurned the ease and comfort and luxury of an abbe for the rough fare of the soldier, and made himself the foremost general of his tirne by the exercise of these qualities.