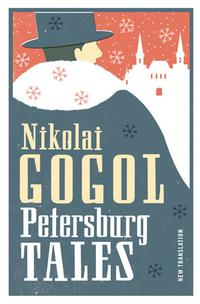 Written in the 1830s and early 1840s, these comic stories tackle life behind the cold and elegant façade of the Imperial capital from the viewpoints of various characters, such as a collegiate assessor who one day finds that his nose has detached itself from his face and risen the ranks to become a state councillor (The Nose), a painter and a lieutenant whose romantic pursuits meet with contrasting degrees of success (Nevsky Prospect) and a lowly civil servant whose existence desperately unravels when he loses his prized new coat (The Overcoat). Also including the Diary of Madman, these Petersburg Tales paint a critical yet hilarious portrait of a city riddled with pomposity and self-importance, masterfully juxtaposing nineteenth-century realism with madcap surrealism, and combining absurdist farce with biting satire. ________ Gogol was a strange creature, but then genius is always strange. Vladimir Nabokov