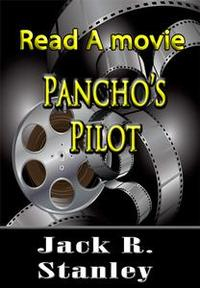 Just before World War I along the Texas-Mexican border, an American pilot, who gets air sick if he’s over four feet off the ground, lands his bi-plane on the wrong side of the Rio Grande and is captured by second rate gang of  Mexican bandits.  The outlaws leader, a  Pancho-Villa-want’a-be, now has what’s his rival does not; an air force. The young pilot is screwed if he files and the guest of honor at a firing squad if he doesn’t.