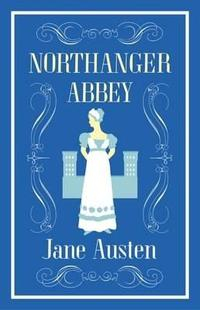 While enjoying a six weeks' stay in fashionable Bath, the young and callow Catherine Morland is introduced to the delights of high society. Thanks to a new literary diet of the sensational and the macabre, Catherine travels to Northanger Abbey fully expecting to become embroiled in a Gothic adventure of intrigue and suspense - and, once there, soon begins to form the most gruesome and improbable theories about the exploits of its occupants.An early work, but published posthumously, Northanger Abbey is a parody of the Gothic genre typified by the novels of Ann Radcliffe, as well as a witty comedy of manners in the style of Jane Austen's later novels and, ultimately, an enchanting love story.

This work, written by Jane Austen between 1798-1799, managed to be published in 1818, when it was finally released. It is the most gothic-style novel the author wrote. The work tells the story of Catherine, who is invited to spend a holiday by the Allens in Bath. The protagonist, an avid reader of Gothic novels, will think she's living one, and, along with some characters, as in all Austen novels, who embellish the worst in human beings, with their arrogance, will be joined by other characters with whom it's easy to fall in love. Along with Pride and Prejudice, this is my favourite novel by the author, I suppose because of the very gothic setting that envelops the whole work and reminds me of the novels of the Romanticism of Goethe, Bécquer or Victor Hugo. Although, of all the author's female characters, this is possibly the least I have liked in its development. I suppose because of the immaturity that surrounds her until almost the end of the work, where she is presented as a dreamy and unrealistic (in the bad sense) child. While other protagonists reach a deeper development.